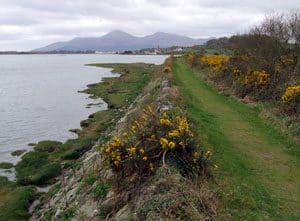 The Downpatrick & County Down Railway has offered its backing to Down District Council’s ambitious plans for tourism in the district.

A feasibility study has been approved into four key projects, the most high profile being a cable car or funicular railway from the town centre into the Mourne Mountains. It also includes a feasibility study into utilising the old railway line between Downpatrick and Newcastle.

Railway chairman Michael Collins voiced his support for this study.

“The Downpatrick & County Down Railway remains committed to its own extension plans to Ballydugan and the Racecourse, but we would be very interested in hearing what the council has in mind in relation to the old trackbed to Newcastle, most of which remains derelict”.

He continues, “We are also pleased to see that Newcastle’s Chamber of Commerce has expressed support for the plans.”

Mr. Collins explains, “The DCDR would relish being part of such a vision. In principle the provision of a potential rail link between the two towns would transform both the transport infrastructure into Newcastle and the tourist offering of both the immediate district and Northern Ireland”.

“Such a line, with its breath-taking scenery, a route following the shore of Dundrum Bay and under the shadow of the Mournes, would be unparalleled by any heritage railway in the UK or Ireland,” he claims.

“It would tie both towns together, develop a heritage and tourism trail unique to Ireland, and the district would enjoy significant associated economic and social benefits,” he continues, “One just has to look at the push for the extensions of lines in England such as the Bluebell Railway – a project of a similar scale to this proposal – pushed strongly by its local community and local authorities because of the benefits it will bring to the town and area.”

Mr. Collins admits that such a project would face challenges. 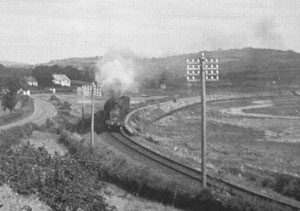 “The big question is could it actually happen? The scale of the project would mean that a group of volunteers – any group – would struggle to deliver this project on their own. However, we carried out a feasibility study in the early 1990s which showed that from a civil engineering point of view, reaching Dundrum would be relatively straightforward, and a potential site for a new station in Dundrum is already in Council ownership.”

He elaborates, “The final section between Dundrum and Newcastle does, however, pose some problems such as realigned roads and new housing developments. For instance it may not be possible to reinstate the original station in Newcastle, or alternative routes might be needed in places, and these are all questions that this study will need to address, and come up with solutions.”

He adds, “So while the idea has merit, and many people have said to us in the past it would be a brilliant, for those reasons alone we welcome a professional study into the feasibility of using the trackbed for transport purposes, whether they are rail or other options, and to cost the delivery of such a project. This exercise should not be just looking at a map and lamenting what has gone, or promising something undeliverable, but able to answer once and for all if this could actually be done.”

Mr. Collins, “We have seen what can be achieved in Titanic Quarter if the political will is there, but for such a project to be achievable it will need the support of the local community, local landowners and businesses, as well as local and regional authorities. But we stand ready to assist and advise the Council and their consultants in any way we can and look forward to working with them on exploring the practicalities of these exciting projects”